I Said No to Bill Cosby and Yes to Jian Ghomeshi, Part 3
by Jill Soloway

Speaking of, “Stop, that hurts, I changed my mind, actually”:

About a year ago, I was invited to be on Jian Ghomeshi’s radio show. I had to decide fast so I asked around about him. The word from women friends I knew was that he was a horrendous human being who was hated among the women of Canada for being sexually despicable.

I said yes to the interview.

I thought it would be funny to go on the show and ask him about his reputation among women in Canada. Instead I went to the green room, tried to put on some hair and makeup, got ignored by Martin Short, shared a hug with Zack Galifinakias and Bob Odernkirk, talked to Jenny Lewis about her cloud suit, and then went onstage. He interviewed me and it was just a regular/usual/bad end interview. I felt like shit afterwards, but I always do.

The din died down. He was arrested and charged. I was thrilled. He would go to jail forever. Yay.

Except he didn’t. Some disgusting cis male scum judge who has spent his life on a bench chortling with other men, bathing in their privilege of being able to tell women how women should be, consulted and listened then judged these vagina holders as liars, because they have vaginas.

The good girl/bad girl Divided Feminine dynamic allows them to perpetuate their story. Dividing us into those who desire (and are therefore shamed) and those who are admired (for holding a boundary) allows men to split us. This split perpetuates their protaganism, their fun, their status as main actor on the planet. It gives them something to talk about, together, in story, in law, on the streets when they drive past you and agree, this one’s fuckable, this one isn’t. Look more closely at the behavior of men and notice that it is often each other and themselves, in the forms of their own dicks, that they are mostly interested in, anyway. Sometimes it seems a rare man who actually loves women.

It is falling to women to vociferously create a new narrative with our creative work, employing female protaganism. We must invent a Divided Masculine, a splitting of men so that they understand that we are finally noticing that some of them don’t know how to act right. Maybe we name them Man/Scum, and Man means Good Man, and Scum means Bill Cosby or Jian Ghomeshi or any man who refuses to ally with us and acknowledge loudly in front of the world and their brothers that -- you know what, actually – hey – you know what?

You DO know when someone is consenting. Yup, here I am, floating the radical idea that when two people have sex, they have one another’s best (sexual) interests in mind. The radical idea would be that they are both there to have fun, and if one person is only half-certain that the other person is having fun, they should stop.

In this weird week of worst ever news about the election and terrorism, heroes dying and people passing laws meant to state-sanction hate, I’ve been overwhelmed. But more than that I am excited because of how we see each other, spark each other. I write today because of what Zoe Kazan wrote yesterday. She wrote because of what Lena Dunham said about what Kesha said. Kesha spoke because of the women who came out about Cosby. We are finally talking to one another, and we are empowered exponentially towards believing ourselves to be true. There is a gathering, an uprising. We have in our hands these machines, connecting us into an ultra-powerful jungle-gym-shaped touch everywhere in the world at once thing. We join up in this ether: the women, the people of color, the queer, and those who vibrate at the intersections. We are only beginning, but it’s impossible not to be inspired by this movement of constant connection. The Others are talking to Each Other now, daring one another towards truth, onward toward the dream of an ever-evolving #power movement. .

Tina Fey and Amy Poehler Are at it Again in SISTERS 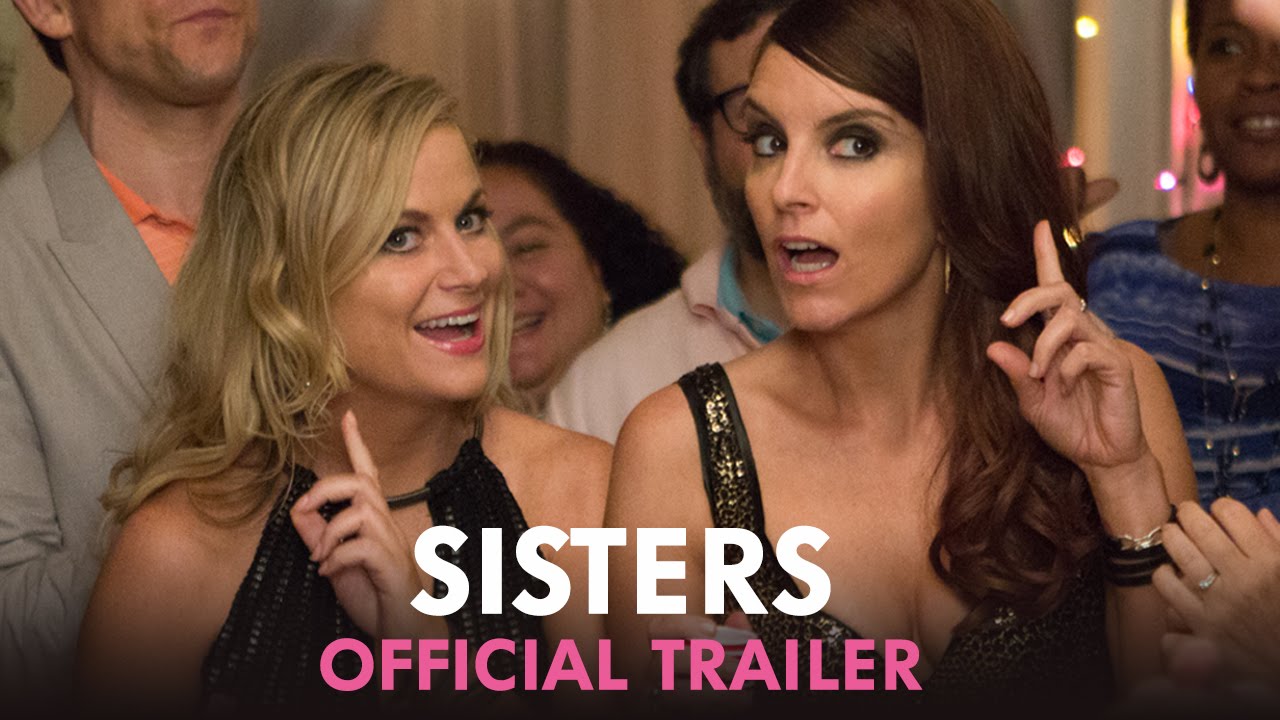