The Dress I Won't Wear
by Diana Dinerman (@ddinerman)

Months ago I saw a dress I loved. I thought about it for a while before I bought it, as I always do. Sometimes I’ll put things in my online shopping cart and if I forget about them, I don’t really want them. But I never forgot about this one. I finally ordered it last week. I received it by UPS today. A black man handed my package to me and asked me how I was. I said ok and thanked him.

I took the dress out of the garment bag. It’s a perfect silhouette and fabric. It fits beautifully. I bought it to perform in.

And I can’t look at myself in it.

Last week it was just a red dress. Today when I looked at it, I saw the same color of the campaign hats that support bigotry. Red looks different to me now. I tell myself it’s just a dress. No one owns a color. Detach. But, when I look at the dress, I see a map of the electorate. I tell myself it’s just a map. A visual representation of the way our country voted. That map tells us how afraid and angry people are. Fear and Anger have been represented by red. The communist flag is red. I had one hanging in my bedroom. I bought the flag at an army surplus store on Martha’s Vineyard when I was a teenager — when I thought it was cool to be a contrarian about things I didn’t understand. I hung it on my wall because my grandfather was from the Ukraine. But I didn’t know what it stood for.

When I saw myself in the mirror, it didn’t make me feel powerful like red usually does. It made me sad. I felt embarrassed. I don’t want anyone to think about Trump and what he represents while I am holding a microphone.

I tell myself that other people won’t react to the color of a dress the way I do. But I’m a reasonable person and I reacted to it. That color conjures.

Trump is a practitioner of and a representative for hate speech. The violence that has already been unleashed at women and people of color is tragic. Kids are being bullied on the bus just one day after. Someone was murdered. This election result has given people permission to be their worst selves. It’s not just Trump. It’s the hate groups that endorsed him and all the white men quietly chuckling to themselves with the mantra “you’ll never be equal to us.”

Sometimes they say it out loud. Like my father did two years ago. He came to see a performance at the Comedy Store and the host introduced me as “sexy” instead of “funny” like he did with all the male comics. We went to a diner after and when I mentioned that what the host said bothered me, my father said “We’re never gonna be equal. I can’t even get upset by this anymore.”

I shrunk inside myself. Just like I did right before I went on stage that night. The stage — where I’m supposed to be big, take up space, command authority.

My father shoved more kuegel in his mouth. He didn’t notice how he dismissed me. If I had told my father that this comment hurt me, he probably would’ve apologized. But I didn’t say anything. I absorbed that dismissal like most women I know- quietly. It happens so often, there are so many pin pricks, I’ve grown accustomed to receiving them. I’m like a pin cushion- full of tiny stabs you can’t see. Some are more visible than others, but I feel them all. He, nor this comedy host, know that is only takes a few words to chip away at me. They don’t know the work it takes to grow back the part they chipped away.

Words can matter a lot. Or a little. Trump’s words matter a lot. So do my father’s. So do Hillary’s. Words matter little when they aren’t sincere. Like half-assed apologies. Like the one Trump gave us about his “locker room” talk. Like the ones we give each other when we say sorry for things we’re not sorry for, and the ones we give when we haven’t done anything wrong at all. Like the one I got last night when I sat in a room of comics and one of them joked about being glad Hillary lost and I sat stone faced. Comics work with what’s in front of them. It doesn’t bother me that he was trying. I could tell he was uncomfortable saying it and looking at me while he said it. He said he didn’t mean to upset me. To be fair, I was upset before I got there.

I’m sending the dress back. I can’t wear red tonight. Or tomorrow night. I wish it were blue. Or purple, even. Or green, or burgundy.

It’s not that we didn’t know these people existed. We know how racist and sexist our fellow Americans are. But I truly thought we’d beat them. Because I live in an urban city where many people think like I do. I forgot about how many people don’t. I’ve chosen not to live near them and to turn away from the things that don’t help me get where I’m going. But these people are important. The ones who voted for Trump and the ones who didn’t vote at all. They live in the collective blind spot of liberalism. Now they’re in our sight line.

But I can’t wear it.

Why You Hate the Sound of Your Own Voice 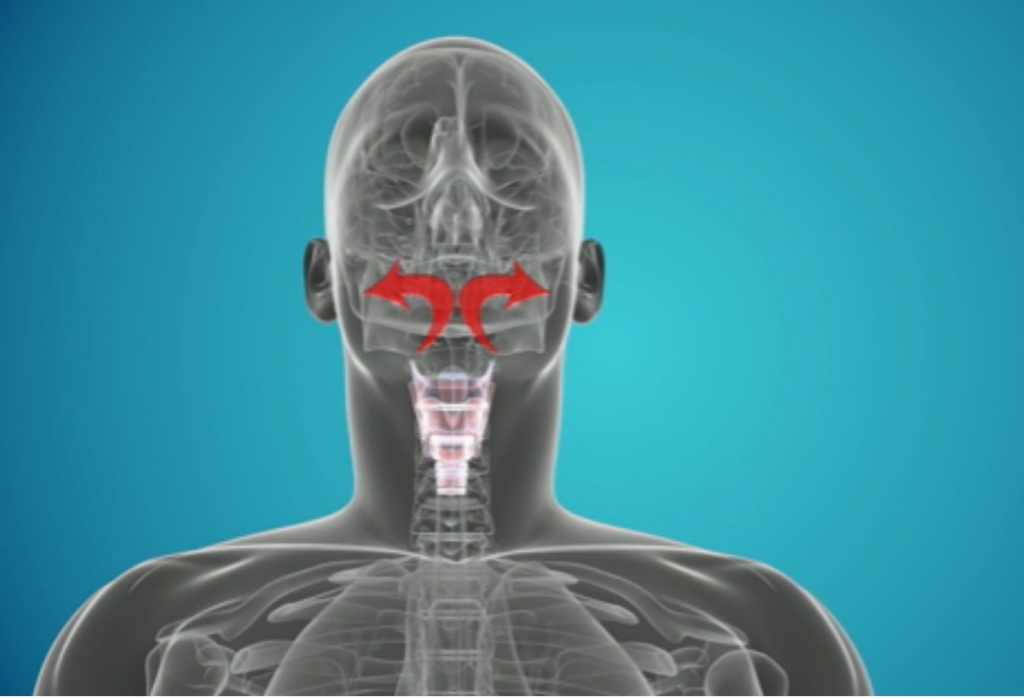